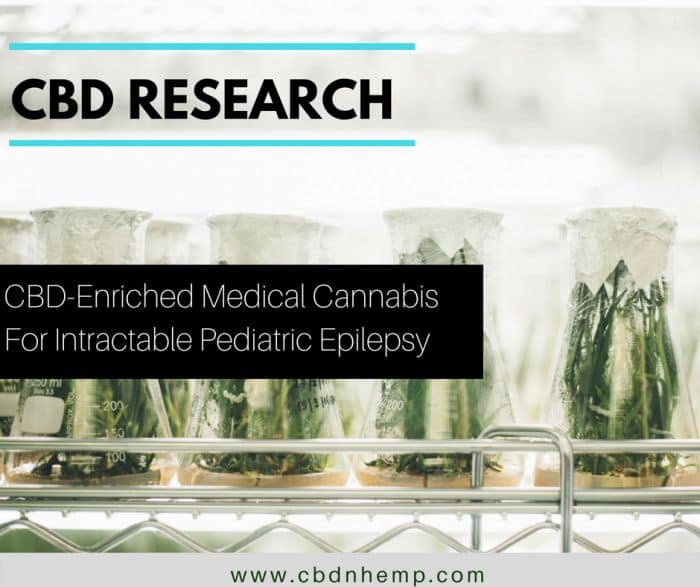 In the diverse and vast world of botany, there is a documented family of flowering plants called Cannabaceae. This family has a species called Cannabis sativa L.

Cannabis sativa L has two significant compounds that can be derived from it. CBD (Cannabidiol), and THC (Tetrahydrocannabinol).

Epilepsy causes the activity of the brain to become erratic, which results in seizures, erratic behaviour and loss of awareness. It is a neurological abnormality.

Children are at risk when they have a family history of epilepsy. Epilepsy can be inherited congenitally too. But, febrile seizures won’t make the child develop epilepsy. A longer, severe seizure will put the child at risk to epilepsy.

The main purpose of the study was to describe the experience of five pediatric epilepsy clinics in Israel treating children and adolescents diagnosed as having intractable epilepsy with a regimen of medical cannabis oil.

This study examined the effects of CBD-enriched medical cannabis on children with epilepsy. The group of volunteers included 74 patients (age range 1-18 years) with intractable epilepsy resistant to more than 7 antiepileptic drugs.

A ketogenic diet is a low carb diet, where the body produces ketones in the liver to be used as energy.

Vagal nerve stimulation a procedure that involves implantation of a device that stimulates the vagus nerve with electrical impulses. This procedure is commonly used to treat epilepsy when other methods have failed.

All the patients were started on medical cannabis oil treatment between Feb – Nov 2014 and were treated for at least 3 months (average 6 months).

The formula administered contained CBD and THC at a ratio of 20:1 dissolved in olive oil. CBD dosage varied from 1 to 20mg/kg/d. Frequency of occurrence of seizure was assessed by parental report during visits to the clinic.

Treatment with CBD showed a significant positive effect on the seizures.

Five children (7%) reported aggravation of seizures that led to a withdrawal of CBD. In addition, improvement in behaviour and alertness, language, communication, motor skills and sleep was observed.

The adverse reactions that were observed included somnolence, fatigue, gastrointestinal disturbances and irritability leading to the withdrawal of CBD and THC use in 5 patients.

This Israeli study showed that the medical combination of CBD and THC can work in Epileptic patients. Some of the children and young adults suffering from epilepsy who participated in this study reported almost a 100% reduction in seizures.

Five children showed aggravation in the seizures hence they had to be withdrawn from the medication.

This multicenter study on CBD treatment for intractable epilepsy in a population of children and adolescents is highly promising.

However small the difference it may make, it goes a long way in giving a small fraction of a normal childhood back to a juvenile patient.

Research Study On Cannabidiol As ATreatment for Drug-Resistant Epilepsy