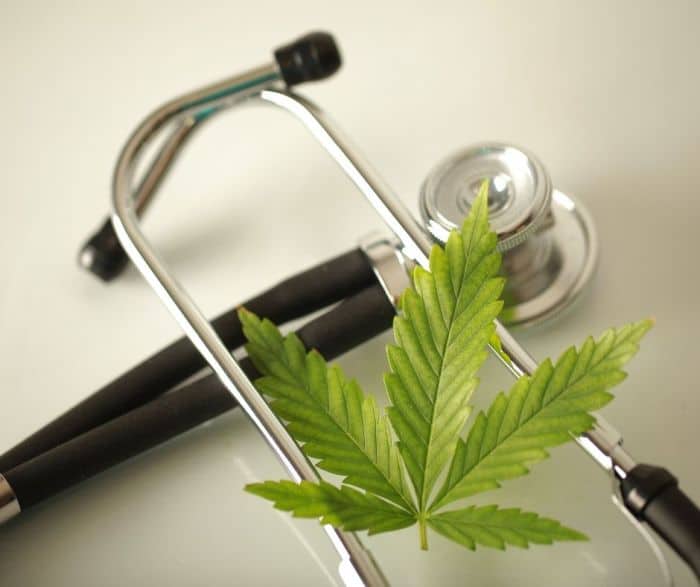 “Cannabinoid” is one of the first words you will come across when you are just getting into the cannabis world.

It refers to a group of important chemical compounds that are naturally found in the human body and marijuana.

They are the “in thing” responsible for the good and not-so-good properties of the cannabis plant.

In this comprehensive article, you are going to discover what they are, how they work, their classes, as well as the answer to many other questions you may have.

Let’s get the ball rolling.

The term, cannabinoid, is used to describe all chemical compounds, regardless of their source or origin, which when they bind to some special receptors in the brain or the body, produces similar effects as the cannabis sativa plant.

Marijuana contains up to 113 phytocannabinoids [1].

The two most popular and well-understood plant cannabinoids are CBD (cannabidiol) and THC (tetrahydrocannabinol).

All these compounds exhibit a drug-like effect on the central nervous system (CNS) and the immune system, resulting in pain relief, altered mood, and many other temporary changes in the human body.

How Do Cannabinoids Work?

To understand how cannabinoids work, you first need to know a thing or two about the endocannabinoid system.

Endocannabinoid system (ECS), is a naturally occurring system that regulates a wide range of biological functions, such as appetite, sleep, mood, memory, temperature, etc., in the human body.

CB1 receptors work on the brain and are mostly found in the central nervous system.

On the other hand, CB2 receptors exert their effects on the body and are the predominant cannabinoid receptors in the immune system.

Cannabinoids work by binding to these receptors, after which they trigger a series of changes in how the body cells transmit signals to one another, leading to various effects in the body.

These are cannabinoids that are produced within the body, on-demand.

Although they are quite different from the ones found in the cannabis plant, they both work by binding to specific receptors in the body.

Apart from humans, mammals and reptiles also synthesize their own cannabinoids.

The body produces these compounds to help promote homeostasis [2], which is the property of a system to regulate and maintain the constancy and stability it needs to function correctly.

So they are just like messengers that return the body to its normal condition.

A good example of endocannabinoid is anandamide.

The body synthesizes this compound in large amounts when we exercise, causing what is known to as “runner’s high.”

Other popular endocannabinoids are 2-AG (noladin ether), NADA, and so on.

These refer to the cannabinoids present in the cannabis plant. They are the compounds responsible for the therapeutic effects of cannabis.

They also interact with cannabinoid receptors in the body to elicit their effects.

Although the endocannabinoid system (ECS)  does not need cannabis to function, phytocannabinoids may play a supplementary role in the regulation of homeostasis in the body.

The common phytocannabinoids are:

Dubbed the “Mother of cannabinoids,” CBG is the precursor of all other cannabinoids found in the marijuana plant.

It is the building block from which other cannabinoids, including CBD and THC, are produced by enzyme-catalyzed reactions.

While this compound occurs in trace amount (less than 1%) in most marijuana strains, it is usually present in high concentration in some strains of hemp.

Research has found that CBG has therapeutic effects, such as pain relief, anti-bacterial and anti-inflammatory properties, neuroprotective effects, and many more.

Next up is the star of the moment, CBD.

It is one of the more popular and presently the most-studied cannabinoids in cannabis sativa plant.

One good thing about this chemical compound is that it is not psychoactive, meaning it doesn’t get users “stoned,” unlike THC does.

CBD (cannabidiol) has been making a mark in the medical world.

In fact, the FDA has approved the very first CBD-medication known as Epidiolex, used for treating epilepsy. CBD also functions as an antioxidant, anti-depressant, anti-inflammatory, anti-psychotic, anti-tumor, anti-convulsant, among others [3][4].

THC can be referred to as the “bad boy” of the group of cannabinoids in the cannabis plant. It is also the most popular member of the group.

THC is what makes people “high” when they consume marijuana. Although the psychotropic effects of THC only last for a couple of hours, the compound can still be noticed in the bloodstream 20 hours after use.

It binds to CB1 and CB2 receptors in the brain to bring about the release of endocannabinoids that regulate our appetite and mood.

THC is extremely good for reducing inflammation and pain. It is even believed to be 20 times more effective than aspirin when it comes to pain management.

This is another cannabinoid found in the hemp plant and is the product of the oxidation of THC.

Therefore, it more likely to be present in high amounts in the flowers of aged or improperly stored hemp.

Like CBD, it is also non-psychoactive, so there’s no chance of users getting “high” after using CBN.

The sedative effect of CBN is probably the most interesting thing about the compound.

CBN can also help you to sleep, stimulates appetite, relieves pain, supports the growth of bone cells,  among other benefits.

CBC is a therapeutic cannabinoid present in cannabis. Many researchers consider CBC to be the most effective phytocannabinoids when it comes to cancer treatment.

This compound binds to CB2 receptors in the tumor cells to produce surface antigens.

One fascinating thing about CBC is that it promotes the growth of brain cell, fueling research into the use of the compound for treating Alzheimer diseases.

This question may be a little bit difficult to answer since most of these compounds are understudied.

However, one can differentiate between cannabinoids based on their ability to exhibit psychoactive effects in the body.

Cannabinoids like CBG, CBD, and CBD are not psychotropic.

That is, they are not likely to give users a “high” feeling when they consume them. THC, CBN, and CBDL, on the contrary,  have psychoactive properties.

Therefore, users need to be careful when taking them.

Cannabinoids can also be differentiated based on the type of receptors they bind to.

For instance, THC has a strong affinity for CB1 receptors in the brain, whereas CBD principally interacts with CB2 receptors.

Federal laws frown at the possession, sale, and use of marijuana because of its psychoactive tendencies.

Nevertheless, the medical use of the plant is not a crime in some American States and the District of Columbia, when prescribed by a doctor.

Can I Use Cannabinoids Without Using Marijuana?

Sure, you can.  It is possible to extract CBD and other non-psychotropic therapeutic cannabinoids from the cannabis plant.

As such, you can enjoy the benefits of these compounds without feeling “high or stoned.”

Scientists can even produce compounds that exhibit the same effects as cannabinoids in the laboratory.

These compounds are called synthetic cannabinoids.

Cannabinoids are an important group of compounds found in the cannabis plant.

This wide and varied group consists of more than 100 beneficial molecules with many promising medical and psychological benefits, from relieving pain to promoting to reducing anxiety and more.

While many people are often wary of using cannabis due to its ability to make users high, some cannabinoids are not psychoactive and can be used without the user experiencing any euphoric feeling.

Where Is It Legal to Buy CBD Products in USA?