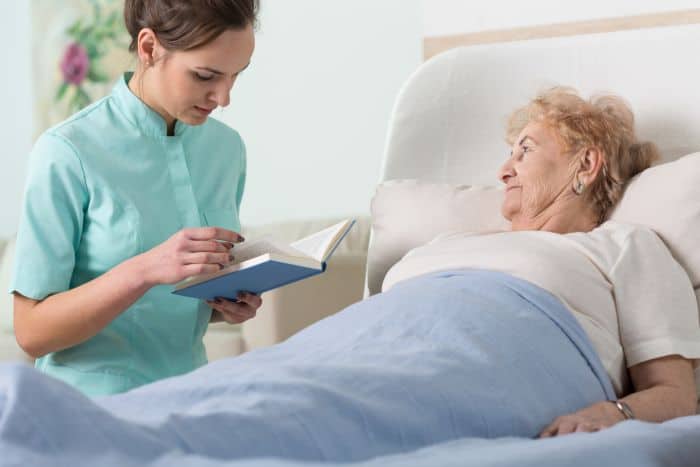 Cannabidiol (CBD) oil is the term given to the yellowish liquid obtained from the marijuana plant (Cannabis sativa).

CBD has been shown to exert potent therapeutic properties.

It has been found to be useful in disorders such as anxiety, cancer, fibromyalgia, schizophrenia, PTSD, back pain, rheumatoid arthritis, colitis, etc.

CBD oil is a non-psychoactive compound and does not result in intoxication. This is due to lack of terahydrocannabinol (THC) in CBD oil.

This feature makes CBD oil useful for its varied therapeutic properties without the side effects.

CBD oil shows indirect interaction with the endocannabinoid receptors namely CB-1 and CB-2 receptors. It also interacts with the endogenous cannabinoids such as anandamide and increases its serum levels.

Immunosuppression and its Benefits

Immunosuppressive substances are those substances, which help weaken or reduce the response of the immune system.

This is often desirable in case of organ transplantation to prevent graft rejection. The weakened immune system cannot destroy/reject the newly received organ and this allows the graft to become a part of the functional body.

These substances are also helpful in attenuating autoimmune diseases such as rheumatoid arthritis, lupus, psoriasis, alopecia, multiple sclerosis, etc. which are caused by inappropriate and abnormal immune response against the tissue of the own body.

They suppress the immune system and prevent it from attacking the tissue.

The synthetic immunosuppressive drugs have many side effects such as fever, weakness, kidney problems, etc.

They can result in birth defect if consumed by pregnant and breastfeeding ladies. They also increase the risk of infections and cancers due to the suppressed immune system.

CBD as Immunosuppressant and its Benefits

CBD acts as a natural immunosuppressant and anti-inflammatory agent. It has been found to be beneficial in alleviating symptoms of many autoimmune diseases including multiple sclerosis, psoriasis, rheumatoid arthritis, etc. It also helps prevent a major complication of organ transplantation known as graft versus host disease.

1. CBD reduces the severity of graft versus host disease

Graft versus host disease is a common complication associated with graft and organ transplantations.

It is most commonly observed in the case of stem cell transplants such as bone marrow transplant.

It can occur in other solid organ transplantations as well. It is observed when the transplant is being received from a genetically different person.

Graft versus host disease is a major cause of death among many people following transplantation. It occurs in nearly 30-70% of the cases.

The most common symptoms include skin rash, gastrointestinal and liver issues. The disease can be chronic or acute.

In many cases, the doctors avoid transplantations because of the risk of graft versus host disease and its complications. The current treatment regimes are not very effective an there is a need to explore more potent regimes.

Immunosuppressive drugs are used by the doctors to suppress the graft versus host diseases by inhibiting the action of donor T cells.

CBD has been known to have immunosuppressive and anti-inflammatory properties, which led scientists to analyze its role in the graft versus host disease.

Autoimmune diseases are caused by the abnormal response of the immune system towards the healthy tissue of the body.

The T cells of the body don’t attack the body’s own cells because they recognize them as ‘self’. In people suffering from autoimmune conditions, such recognition of ‘self’ is lost and the immune system launches an attack.

These conditions can be organ specific (affecting only one organ) or systemic (affecting multiple organ systems). The attack by the immune system results in widespread damage and inflammation.

They are managed by the use of anti-inflammatory and immunosuppressant drugs. They only help improve the symptoms and don’t cure the disease.

CB-1 and CB-2 receptors are involved in many functions which can affect the pathogenesis of many inflammatory and autoimmune disorders.

CB-1 receptors in the intestine are known to regulate intestinal motility during inflammation , which can affect the onset and progression of inflammatory bowel diseases.

Cannabinoids also suppress the activity of astrocytes. They are the immune cells responsible for causing immune activity in the brain.

The immunosuppressive effect of endocannabinoid on these can help attenuate multiple sclerosis.

Cannabinoids help in case of inflammatory and autoimmune diseases because they induce apoptosis in immune cells, prevent their proliferation, and reduce the secretion of cytokines and pro-inflammatory mediators.

CBD has been shown to have beneficial properties in attenuating several autoimmune disorders including rheumatoid arthritis, psoriasis, multiple sclerosis, etc. This is attributed to the anti-inflammatory and immune suppressant properties of CBD.

The effect of CBD on the immune system, its cells and secretions lead to reduced immune activity, which in turn alleviates inflammation.

CBD has been shown to have therapeutic properties in case of autoimmune hepatitis as well.

This is because CBD shows indirect interaction with the CB-2 receptor and induces apoptosis in the immune cells. This inhibits their growth and proliferation and prevents an autoimmune attack on the liver tissue.

In animal models of liver diseases, CBD has been shown to reduce oxidative stress, inflammation and protect the tissue from damage. CBD was also shown to reduce the levels of pro-inflammatory mediators such as NF-κB and TNF-α.

In animal models of arthritis, CBD has been shown to exert potent anti-inflammatory properties. The administration of CBD (both orally and intra-peritoneal) led to a decrease in the progression of inflammatory arthritis. Reduced levels of IFN-γ and TNF-α were observed. There was also a reduction in activated lymph node cells.

The study concluded that the anti-arthritis property of CBD could be attributed to its anti-inflammatory and immunosuppressant properties.

Another study conducted in mice model of brain inflammation showed that CBD administration could prevent the damage caused by inflammatory lipopolysaccharide.

There was a reduction in the level of pro-inflammatory mediators such as tumor necrosis factor-alpha and cyclooxygenase-2.

CBD has been shown to alleviate symptoms of psoriasis and fibromyalgia, which have inflammation-based pathogenesis.

CBD has been proven to provide relief in inflammatory bowel diseases, another kind of autoimmune disorder. In animal models of colitis, CBD could decrease the severity of the disease and provide relief. It also significantly reduces gut inflammation.

CBD binds to the peroxisome proliferator-activated receptor gamma (PPARg) and activates it. This, in turn, inhibits the secretion of many pro-inflammatory mediators and also inactivates cells and receptors involved in inflammation. This could allow CBD to be used as a therapeutic agent in Crohn’s disease (autoimmune disorder).

The anti-inflammatory property was attributed to the involvement of Adenosine A2A receptors. The study concluded that CBD could be used in diseases with inflammatory pathologies.

In models of inflammatory degenerative diseases of the Central Nervous System, CBD was shown to reduce the severity of autoimmune encephalomyelitis and suppress its symptoms. There was also a significant reduction in the T cell activation and proliferation.

Immunosuppressant drugs are used to keep the autoimmune disorders and their symptoms under check.

CBD has been shown to provide therapeutic benefits in many autoimmune disorders such as rheumatoid arthritis, multiple sclerosis, inflammatory bowel disease, etc. owing to its anti-inflammatory and immunosuppressant properties.

The dose varies depending on the health condition of the user, their age, tolerance towards CBD, the strength of the oil, etc.

Many studies and users have reported that a dose of 600-800mg per day is optimum and alleviates their symptoms. Some conditions require doses up to 1200mg per day.

The users should start out with the lowest possible dose, which shows some improvement in their symptoms and gradually increase the dose.

This should be done in a gradual manner and the symptoms should be monitored closely for improvement.

The CBD tinctures available in the market range from 100mg-600mg. They are available as oils, edibles, creams/gels, patches, etc. The users can choose the mode of intake based on convenience.

The most common way of consumption is sublingual in which the oil is directly consumed through the mouth. Some other ways include vaping (suitable for adults), topical application (in case of skin disorders), inhalation, etc.

There are no major side effects associated with the use of CBD oil.

Studies and users have reported that it can be safely consumed for an extended period of time without discomfort.

More than 1500mg of CBD should not be consumed for long periods as it can result in some major side effects. CBD should not be taken right before driving and other activities, which require focus and attention.

Due to the effect of CBD on the liver enzymes, it shows interaction with common drugs including anesthetics, anti-anxiety, anti-epileptics, antibiotics, non-steroidal anti-inflammatory drugs (NSAIDs), anti-depressants, etc.

The doses of these drugs have to be adjusted if the user is consuming CBD to avoid any side effects.

Consultation with a physician is necessary in such cases. High-quality CBD should be procured and used in all cases. Contaminants in the cheap and low-quality oil can be toxic and harmful.

Users should always consult a doctor before starting the use of CBD oil to avoid any unwanted aftereffects.

The immune system is an important part of the body, which protects us from infections, diseases such as cancer, etc.

Sometimes the immune system can go deranged and start attacking the normal tissue of the body. This results in autoimmune diseases, which can harm the organ systems.

The immune system can also attack the grafts received after transplantation and cause complications such as rejection and death. This is undesirable in patients who need the graft to survive.

In these cases, the immune system needs to be suppressed. Immunosuppressant drugs are used to achieve this. They often come with many side effects such as increased risk of infection, cancer, etc.

CBD is a more natural alternative to those drugs as it has potent immunomodulatory properties. This allows it to prevent rejection of the graft by suppressing the immune system. It also exerts anti-inflammatory properties, which makes it suitable for use in case of autoimmune disorders.

High quality and pure CBD oil can be used by people of all age groups after consultation with the healthcare provider.

CBD Oil for Tourette Syndrome : Benefits, Dosage & How to...