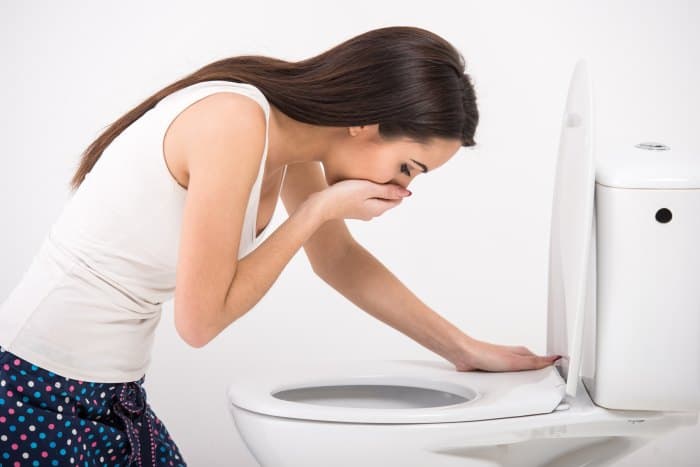 CBD oil is derived from the Cannabis plant. It is called so because it contains cannabinoids, which are a group of the principal compound found in Cannabis plant.

CBD oil is non-psychoactive in nature. This means that CBD oil does not result in any alteration of senses thus it is incapable of causing the ‘high’ effect.

CBD oil is known to show interaction with the Cannabinoid Receptor Type 2 (CB2) found in the body localized in the brain, immune system, etc. CBD oil is thus capable of producing significant biological and therapeutic effects.

It has been shown to exhibit analgesic, anti-seizure, anti-inflammatory, antioxidant, anti-tumour and antipsychotic properties.

Nausea is described as an uncomfortable sensation wherein the person feels the urge to vomit. Nausea might or might not result in vomiting. There are several different reasons for feeling a wave of nausea.

Certain smells, sights, feelings, etc. can induce nausea. It is also known to be induced by side effects of certain drugs and medication. Nausea is a common side effect of chemotherapy (CINV) given for cancer.

It also occurs due to motion sickness, infections, food poisoning, etc. Another common form is nausea associated with pregnancy (NVP).

Many medications are available to treat different forms of nausea but alternate therapy using herbal medication is desirable because they pose little to no side effects.

CBD oil can help with nausea caused due to various reasons including motion sickness, chemotherapy, radiotherapy, depression and anxiety. These are discussed in detail below.

Benefits for Nausea due to Motion Sickness

CBD is also known to indirectly activate the compound 5-hydroxytryptamiine-1A (5-HT1A) which is a monoamine neurotransmitter. Activation of this compound has been found to significantly reduce the feeling of nausea and vomiting.

CBD oil can help in reducing the feeling of nausea associated with motion sickness.

Nausea associated with depression and anxiety

Association has been found between anxiety, depression and nausea. It has been reported that subjects with depression and anxiety tend to suffer from nausea. It is a physical symptom of these disorders caused by the overactive brain, fatigue, etc.

A survey study conducted with nearly 62000 people in Norway showed that “the prevalence of anxiety and depression was significantly higher for subjects with nausea, compared to subjects without these complaints”.

Generally, nausea associated with anxiety and depression is ignored as the doctors look for gastrointestinal issues that might be causing nausea instead of focusing on mental issues.

Antidepressants have been widely used with success to treat functional nausea and vomiting caused by irritable bowel syndrome and other reasons. Thus it can be concluded that medication, which can suppress depression might be helpful in reducing nausea.

CBD oil is known to provide relief from anxiety and depression, which in turn can help with the physical symptoms of these disorders such as nausea and vomiting. CBD oil effectively reduces symptoms of depression, anxiety in patients of different age groups.

Depression and anxiety are known to cause nausea as a physical symptom. This can be effectively managed by the use of CBD oil since it exhibits anti-depressant and anxiolytic properties. Many anti-depressants have also been widely used to treat functional nausea and thus CBD oil’s anti-depressant property could help alleviate nausea.

Nausea as a side effect of chemotherapy and radiation therapy

Cancer treatment regimes such as chemotherapy and radiation therapy result in many side effects including nausea and vomiting.

High dose of drugs/radiation can induce nausea while receiving treatment, after treatment, etc. There are many anti-emetic drugs, which are used to provide relief, but the problem still persists.

Sometimes nausea in cancer patients is caused by the worry and anticipation of chemo/radiation therapy. Since CBD oil is capable of reducing anxiety and stress, it might indirectly help alleviate nausea associated with anticipation of treatment.

Cisplatin is a commonly used drug for treating cancer and given as chemotherapy. It has been shown in the study done with rat models that CBD could prevent nausea and vomiting induced by cisplatin.

This is due to indirect activation of the somatodendritic 5HT(1A) autoreceptors.

CBD also inhibits the enzyme which breakdown anandamide. This helps in ensuring prolonged activity of CB-1 receptors in the brain, which in turn results in an anti-nausea effect.

Use of Cannabidiol along with THC has been shown to provide protection against chemo-induced nausea and vomiting. The study suggested that it could be used as an antiemetic therapy effectively.

CBD also has a sedative effect and reduces the activity of certain parts of the brain, which can also possibly help reduce the risk of getting nausea before or during the treatment.

CBD oil can be helpful in providing relief against nausea caused by chemotherapy. This can be attributed to its effect on anadamide and 5HT(1A) autoreceptors systems in the brain.

The Dosage of CBD oil for Nausea

There is no prescribed dosage of CBD oil for Nausea.

CBD oil can be ingested as capsules, oil etc. It can also be applied topically after mixing with gels/creams. CBD rubs are also present mixed with other oil bases such as emu to allow absorption through the skin.

It can also be inhaled by adults using a vaper. CBD oil sprays are also available. CBD oil should be used consistently for two weeks or more.

The oil can be directly dropped on tongue with a dropper and then swirled in mouth for a couple of minutes before swallowing. 25 mg can be taken twice a day.

The exact dose depends on the condition for which it is being used and the user. It also depends on the person’s tolerance of the CBD oil, which grows over time in some people.

It is recommended usually that the users start consuming the lowest possible dose and slowly increase their dose as they get used to the effect of CBD oil depending on the internal cannabinoid system.

This way the users can also come up with the most optimum dosage for themselves, which continues to be beneficial over a long run.

What Studies done on dosages tell us

CBD oil has been safely used in studies with infants and children and thus it can be used for younger age groups as well after consultation with a healthcare practitioner.

At moderate to high doses, it can make the tremors in the Parkinson’s patients worse thus Parkinson’s disease patients should be wary of CBD oil.

It can have an inhibiting and sedative effect thus doing high-attention requiring things like driving should be avoided right after consuming large quantities of CBD oil.

Users should ensure that they are getting the best and high-quality product from trusted sources, as impure oil can contain harmful contaminants.

CBD oil should be avoided by pregnant and breastfeeding women without appropriate consultation with the doctor. Also, to be avoided for children.

It is important for all the users with any health condition or those who are on medication to consult the doctor in order to avoid unwanted drug interaction and side effects.

Many different causes of nausea are known to exist and it is a highly uncomfortable sensation. CBD oil can be used to alleviate nausea owing to its biological properties.

Nausea associated with pregnancy, anxiety, depression, etc. are common. Nausea and vomiting are also observed as a side effect of cancer therapy. CBD oil can be effectively used in these cases to alleviate nausea in place of other medications. It can be used in cases where other medications are proving to be ineffective.

CBD oil is a natural way to treat nausea. It also comes with other benefits thus its effects can go beyond preventing nausea.

Consultation with health care provider is essential before starting the use of any herbal medication. It is also important to ensure that only high-quality product is obtained.