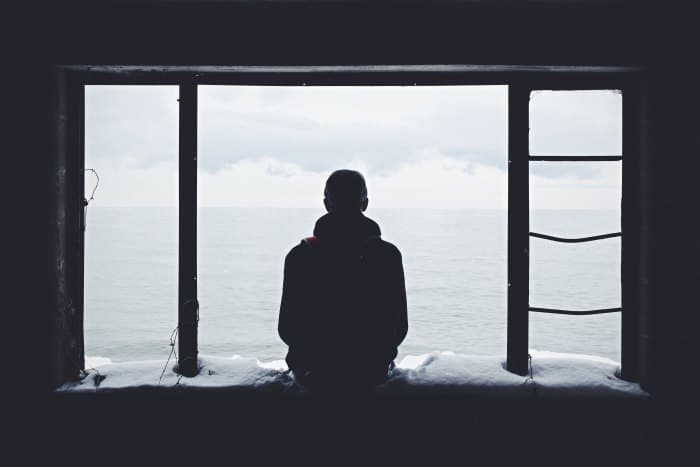 Cannabidiol (CBD) oil is the second most abundant component found in the plant, Cannabis sativa. It is used for many therapeutic purposes due to its medicinal benefits. It makes up 40% of the plant resin extract.

The plant is mostly known for its most abundant component, THC or marijuana. It has been shown that CBD and THC have properties contrary to each other.

CBD oil is known to possess properties like anti-inflammatory, antioxidant, antipsychotic and anti-arthritic. In this article, however, we will discuss on how it affects depression.

Before going into the details, let us see what depression actually is.

A Brief on Depression

Depression, in simple terms, is a condition where a person feels lost and worthless. It can be caused due to a trauma or an unfortunate event that occurs in a person’s life.

Symptoms include feeling low, loss of appetite, difficulty to sleep or concentrate, etc.

Depression can also be a symptom or a signal of other disorders like dementia, heart diseases, cancer or stress disorders.

It is a commonly known fact that during a depression, the level of dopamine and serotonin in our body goes down. These are neurotransmitters or chemical messengers found in the nervous system, which help in signalling.

Hence, the major goal of a person having depression is to increase their levels of dopamine and serotonin.

Benefits of CBD Oil for Depression

1. CBD can reduce depression caused due to dementia

Dementia is a condition where a person experiences a decline in mental ability severe enough that it interferes with his daily life. Alzheimer’s disease (AD) is a type of dementia where the patient experiences memory loss. Almost 24 million people suffer from dementia.

Dementia can also occur due to thyroid problems or vitamin deficiencies. Patients with dementia can have depressive symptoms.

Of the AD cases, 78% of patients are known to be experiencing depression. Other studies also prove this relationship.

Now, CBD oil is known to be a promising treatment for dementia.

A 2010 review analysed several clinical and preclinical studies and concluded that CBD oil can be used as an effective treatment for dementia, thus relieving depression.

Another study in mice with Alzheimer’s showed that three weeks of CBD reversed the symptoms of the disease. Several testimonials can be found regarding the effectiveness of CBD.

Summary
The relaxant effects of CBD reduce depression in patients having dementia and other brain disorders like Parkinson’s disease.

2. CBD can reduce depression during stress

Stress causes depression and this is most commonly found in women. Several stress disorders can be caused by trauma or simply due to daily worries.

Studies have shown that CBD possessed antidepressant and anti-anxiety properties. It does this by enhancing those chemicals that cause a ‘happy’ feeling in our body like serotonin.

A study report showed several tests performed on animals to see the effects of CBD. Each of them showed that continuous exposure to CBD produced antidepressant and anxiolytic effects.

A study was conducted on a girl who had Post Traumatic Stress Disorder (PTSD) that developed due to childhood sexual abuse.

She was given CBD supplements every day for 5 months and it was seen that her anxiety level decreased drastically and she was able to sleep peacefully.

Summary
CBD is proved to have antidepressant effects due to its ability to release chemicals that reduce stress and anxiety.

3. CBD can reduce depression in patients suffering from thyroid conditions

The thyroid gland plays a very important part in our body.

It produces hormones, which are chemical messengers that regulate several processes like growth, mood, reproduction and metabolism.

So, when the thyroid functions abnormally, it can actually cause depression and mood swings.

To treat the symptom of depression, CBD can be used. There are testimonials showing people who have used CBD to treat thyroid related problems though a person cannot entirely rely on CBD itself.

The reason CBD works to alleviate depression for thyroid patients is due to the presence of the cannabinoid receptors on the thyroid gland.

These are simply places where the CBD gets attached to create a chemical response.

An animal study in 2002 showed that these receptors regulate the release of the thyroid hormones (chemical signals released by the thyroid gland).

This means that CBD can help in thyroid dysfunction.

Human studies in this section are limited and need to be performed.

Summary
CBD can help reduce depression caused during thyroid dysfunction due to the presence of the receptors in the thyroid gland that bind to CBD and causes a change in the metabolism of the body.

People who have experienced heart attacks can go into depression and people with depression can have heart problems.

Both are very much related according to a professor at Johns Hopkins.

So, it is evident that depression needs to be treated and once again, CBD oil has proved to be a promising treatment.

Studies have shown that CBD affects positively on the heart. Most of them were animal studies that gave evidence for CBD therapy.

This is because CBD directly affects the arteries and causes relaxation responses. It also protects against damage in the arteries caused due to the high glucose level in the body or inflammation.

Summary
CBD directly affects the arteries and cause relaxant responses and can be used to alleviate depression in heart patients.

Cancer patients have a lot to deal with. They undergo chemotherapy which causes nausea and physically affects them. These changes in their body can have an emotional effect on them and consequently lead to depression.

It is shown that CBD helps in improving the symptoms of cancer like pain, insomnia and depression.

Cannabis had been used long ago to relieve pain caused by cancer. It was found when a mummy, who had breast cancer, was unearthed with a pouch of cannabis along with her.

This is because of its ability to release the ‘feel-good’ hormones that reduce anxiety and block stress hormones. Studies have shown the ability of CBD in cancer symptom management.

Summary
CBD reduces the symptom of depression in cancer patients by blocking stress hormones and releasing serotonin that helps in alleviating depression.

The dosage of CBD Oil for Depression

There is no “prescribed” dosage of CBD oil for depression.

One of the main advantages of CBD is that it does not cause any feeling of ‘high’, like its psychoactive counterpart THC. It is usually taken orally but differs from person to person.

Since every person’s body is different, a right dosage can be determined only through trial and error method. It is best to start off with a small dose initially, and increasing it gradually day-by-day. The standard dosage recommended is 25mg of CBD twice a day.

Studies show that CBD dosage for depression can range from 40mg to 1280mg per day when given to psychotic patients.

It is always better and advisable to consult a health physician before using this oil.

Pregnant women and children under 18 years are advised not to take CBD oil for any reason, to avoid risks.

CBD oil is usually free from any side effects. Sometimes though it can cause the following problems in some patients:

The main precaution that needs to be taken is that it is not legal everywhere and is not approved by the FDA yet. Since this is the case, it is advised to consult a medical professional before taking the oil.

CBD oil, obtained from Cannabis sativa has many therapeutic uses, one of which is the treatment of depression. It can be used to treat depression caused by cancer, heart problems, stress, thyroid dysfunctions and dementia.

It causes effects exactly opposite to that caused by marijuana, which is another more known compound obtained from the same plant.

It has very fewer side effects and can be used orally, starting with a small dosage.

It is better to consult a medical practitioner before using this oil since depression can also occur as a symptom of any particular disease.

In conclusion, if you are depressed and moody all the time and looking for a natural antidepressant, CBD oil is one of the best sources to feel happy and ‘light’ again.