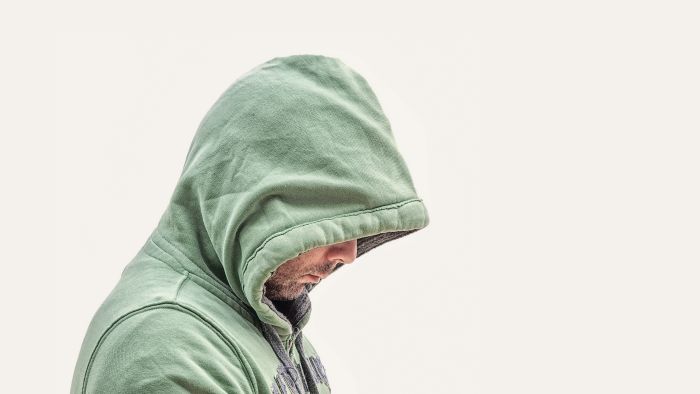 CBD oil is a substance that is obtained from the marijuana and hemp plant. CBD is the second most abundant component of the cannabis plant.

CBD oil is also referred to as CBD rich cannabis oil, CBD rich hemp oil, etc. based on the plants it is obtained from.

CBD exhibits many potent biological properties as it shows efficient interaction with many receptors such as serotonin receptors, GPR555, etc. that are distributed all along the human body and brain.

CBD is known to be a non-psychoactive component of cannabis unlike Terahydrocannabinol and thus CBD can be safely consumed by people of all ages including children, as there is no alteration of senses.

Traumatic experiences can have many psycho-emotional and physiopathological implications.

PTSD has become more and more common due to increased terrorism, crimes, wars, etc. Women are twice as likely to develop PTSD as men.

The patients are known to ‘relive’ the past experience through flashbacks and recurrent nightmares.

Development of PTSD depends on severity of the trauma, stress in life, gender, family history, etc.

Endocannanoids and endocannabinoid system have been found to be involved in many disorders and one such disorder is posttraumatic stress disorder (PTSD).

PTSD is characterized by chronic distress and alarm regarding a past experience. It has been found that endocannabinoid signalling is involved in fear extinction.

Impaired function of CB1 receptors has been shown to cause anxiety-like and depression-like symptoms in animal models.

Endocannabinoid systems are found in the areas of the brain that regulate stress, anxiety and many other behavioral patterns.

eCB system is integral for adaptation to stress as well as regulation of emotional memories.

Decreased levels of circulating endocannabinoid were found in the serum of the patients of PTSD (due to world trade centre attacks).

Many patients of PTSD have reported relief from nightmares and other symptoms of PTSD on consuming plant derived cannabinoids.

Many studies have reported and concluded that endocannabinoid system is a potent target for therapeutics related to anxiety and other psychiatric disorders.

A study conducted on rat models showed that administration of compounds that prevent the breakdown of eCB led to better fear extinction and prevented ‘shock-induced reinstatement of fear’.

The study concluded that modulation of the eCB system could help as an adjunct therapy in cases like posttraumatic stress disorder.

CBD is known to show indirect interaction with the endocannabinoid system and its receptors including CB1 and CB2.

It is known to stimulate these receptors without binding to them directly. CBD, when introduced into the body, is also known to enhance the levels of an endogenous cannabinoid called 2-AG.

2-AG, in turn, stimulates the CB1 and CB2 receptors thus resulting in their increased activity throughout the body. CBD is also known to block enzymes that are responsible for causing the breakdown of anandamide, yet another endogenous cannabinoid.

Reduction in the levels of eCB has been reported in the patients of PTSD as mentioned above .

The levels of 2-AG were found to be significantly low. Since CBD is known to help increase the levels of endogenous cannabinoids such as anadamide and 2-AG, it can possibly help provide some relief from the disorder.

CBD administration to the animals suffering from predator threat stress showed anxiolytic effects and this was attributed to the up-regulation of 5HT1A receptor gene expression.

The study concluded that CBD could be potentially used for the treatment of posttraumatic stress disorder.

A case study showed that CBD could be safely used in children to treat PTSD. Use of CBD oil by the 10-year-old girl resulted in decreased anxiety and sleep issues, which were triggered due to traumatic experiences in the past.

The quality and quantity of sleep improved steadily in the child.

CBD has indirect effect on this system and increases the concentration of many endogenous cannabinoids. Thus CBD might prove to be a novel adjunct therapy for cases of posttraumatic stress disorder.

Depressive and anxiety symptoms are common in the patients of posttraumatic stress disorder.

Anti-depressants are commonly and widely prescribed to the patients for management of both acute and chronic PTSD even by the FDA.

Posttraumatic stress disorder and depression are common comorbidities and occur together in many patients. Tricyclic antidepressants, serotonin uptake inhibitors, etc. are commonly used for the patients of PTSD to target their depression as well.

Numerous studies conducted in vivo and in animal models have shown that CBD oil has potent anti-depressant like properties.

A review study of many animal models study reported that CBD exhibits anti-depressant and anti-anxiety like properties.

The researchers review studies in which the animals were subjected to Vogel conflict test, elevated plus maze test, etc. after which CBD was administrated.

The result showed that the animals that were given CBD were less likely to suffer from depression and anxiety. The interaction between CBD and 5-HT1A neuro-receptor was reported to be responsible for this phenomenon.

Studies in depressive animal models also reported positive results. The ‘depressive’ rats were administered with CBD. It was observed that at a dose of 30mg/kg it caused a prohedonic effect in the rats in saccharin preference test (SPT).

CBD at 45mg/kg also led to increased locomotion and exploration in the rats during the novel object exploration (NOE). This shows improvement in the mood and motivation of the animals.

Thus the study concluded that an anti-depressant like effect is present in CBD as shown through the genetic models of depression and could be used for depression and anhedonia.

Study published in Neuropharmacology showed that CBD given to mouse models of depression led to an improvement in behavioral and neurochemical patterns.

The researchers reported a ‘fast and maintained anti-depressant-like effects’. They also observed the reversal of anhedonia and hyperactivity associated with depression.

Glutamate and serotonin cortical signaling was shown to have improved via a 5-HT1A receptor-dependent mechanism, which resulted in fast anti-depressant effects of CBD.

The anti-depressant effect of CBD was found to be comparable to a drug imipramine in another study based on forced swimming test. This also involved the activation of the 5-HT(1A) receptors.

CBD oil is known to have anti-depressant like properties. Therefore it can help the patients cope with such symptoms in a more natural way.

A lot of stress can also trigger PTSD as well as cause relapses in people. Keeping stress under control is necessary to prevent any such incidences.

Similarly, PTSD is associated with nightmares and flashbacks, which can disrupt sleep. Lack of quality sleep, in turn, can results in more stress and tiredness throughout the day.

A review study showed that CBD given to animal models of stress produced positive results. Its use for 21 days could help alleviate stress and have anxiolytic effects. 5-HT1A receptor is a target for treating anxiety and CBD interacts with this receptor.

CBD has been shown to be effective even in the cases of social anxiety and panic disorder by making the users feel more relaxed. CBD reduces inflammation and increases the activity of adenosine receptor, which can contribute to its anti-anxiety effects.

Case studies have shown the effectiveness of CBD oil in treating insomnia as well.

It has been shown to improve the quality and quantity of sleep in a patient of PTSD. This was also due to a reduction in anxiety.

Anxiety, stress and insomnia are major issues in the patients of posttraumatic stress disorder. CBD oil has been shown to effective in providing relief from stress, anxious thoughts and insomnia.

Many studies have suggested the use of anti-epileptic drugs as alternative therapy to treat posttraumatic stress disorder.

It has been reported by randomized trials, case studies, etc. that anti-epileptic drug might provide relief from PTSD.

It has been hypothesized that the limbic system in the brain is affected by traumatic experiences or incidences. Limbic system activated by stress might be important in the pathophysiology of PTSD.

Anti-epileptic drugs are capable of reversing such ‘kindling’ of the limbic system and thus might help alleviate PTSD.

These drugs have also been effective in bipolar disorder and other psychiatric disorders. Studies have reported its beneficial effect in PTSD patients as well.

CBD oil is a natural anti-epileptic agent. It has been found to be useful in the treatment of epilepsy and other seizure based disorders.

Studies published in journal ‘Seizures’ showed that CBD could effectively reduce seizures in animal models at many different doses. CBD was found to be helpful in tonic-clonic seizures as well.

CBD has been found to reduce both the lethality and severity of epilepsy and seizures. Anti-epileptic property of CBD has been reinforced by studies conducted in animal models as well as many other in vivo and in vitro studies.

CBD given in combination with anti-epilepsy drugs was shown to enhance the effect of the drugs. CBD was shown to act as an anti-convulsant in seizure and audiogenic tests.

Anti-epilepsy drugs have been reported to be useful in the patients of PTSD. CBD is a potent anti-epileptic agent and therefore it can indirectly be helpful in combating PTSD.

Many studies have reported that up to 600mg of CBD can be safely consumed by humans and it results in significant plasma levels of the compound.

Studies focused on the use of CBD for treating anxiety and other psychological issues have usually chosen 600mg as the appropriate dose.

Depending on the individual’s disorder, the severity of disease, symptoms, tolerability, purity of CBD, etc. the dose can vary a lot.

CBD consumption can be started by the patients and eventually the dose can be adjusted based on individual’s tolerability.

It can be taken directly in the oil form from the dropper or capsules, beverages meant for oral consumption can be obtained.

Oil can also be vaped by adults using a vaper. Inhalation can be done using an inhaler/vaporizer as well.

It is recommended that the users start with low dose and subsequently increase it in order to derive maximum benefit from the product and prevent any side effects.

The Cytochrome P450 enzymes are inhibited by CBD and this results in the drugs staying for longer in bloodstream in the absence of degradation.

Thus the dosage of these drugs should be altered based on consumption of CBD along with them. Users should always consume pure, high-quality preparations as low-quality products can cause side effects.

It is common to experience faintness, drowsiness, etc. after taking CBD. High attention activities should be avoided after consuming CBD.

Any allergies, if noticed, should lead to immediate stopping of CBD consumption.

The effect of CBD on pregnant and breastfeeding women isn’t clear and therefore they should stay away from it unless CBD is prescribed to them by a healthcare practitioner.

Parkinson’s tremors can become more severe on consuming CBD. Dose and drug interaction should be discussed with the doctor in order to avoid side effects.

Posttraumatic stress disorder (PTSD) is becoming increasingly common in the light of increased crime, terrorism, sexual abuse, family problems, etc. It is a psychiatric disorder with serious symptoms and discomfort in the patients.

The drugs prescribed to the patients include anti-depressants, anxiolytics, etc. Long-term use of these medications can result in side effects.

High-quality CBD oil obtained from reputed sources can be useful for those suffering from PTSD owing to its anti-depressant, relaxing, anxiolytic properties among others.

With appropriate precaution regarding dose and drug interaction, CBD consumption should yield beneficial results in many patients of PTSD.