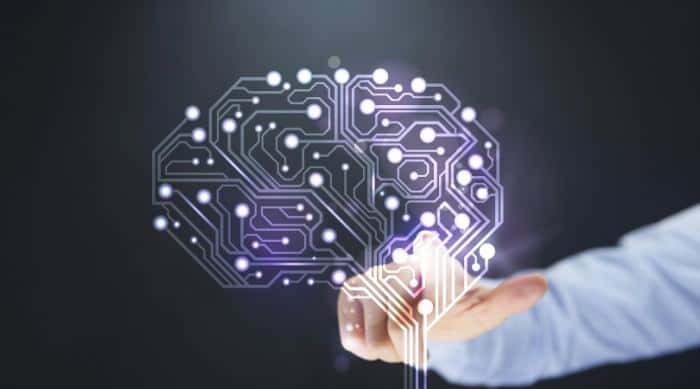 Cannabidiol (CBD) oil is manufactured by the dilution of CBD extracts with carrier oils such as hemp seed oil.

CBD is a cannabinoid obtained from Cannabis sativa and has the ability to modulate a variety of physiological responses by binding to specific receptors of the endocannabinoid system (ECS).

CBD is not psychoactive and has been proven to confer several health benefits. [1]

The stain is the result of an excess of capillaries near the surface of the skin. [2]

SWS is an embryonal anomaly caused due to errors in mesodermal and ectodermal development.

The National Organization for Rare Disorders states that SWS occurs in one of every 20,000 to 50,000 live births. [3]

Benefits of CBD in Sturge-Weber Syndrome

The benefits of using CBD for combating Sturge-Weber syndrome are linked to its nature as a neuroprotective agent.

It helps in promoting synaptic plasticity and reducing the neurodegenerative damage caused by the presence of excess blood vessels. CBD oil helps in relieving both seizures and the consequent paralysis.

CBD, also known as an analgesic agent, helps in relieving the pain caused by headaches. A major benefit offered by CBD is that it treats glaucoma which is one of the major complications of Sturge-Weber syndrome.

At times, seizures are not controlled by medication. These frequently occurring repetitive seizures are often referred to as ‘drug-resistant’ or ‘refractory’ seizures.

Studies have indicated that epilepsy often fails to get tamed quickly in about one-third of the cases but in order to be refractory, the condition depends upon the actual frequency and intensity of the episodes. [4]

Epilepsy specialists agree with the fact that uncontrolled seizures denote attacks which are frequent and severe. In fact, they require therapies which are debilitating and seriously degrade the quality of everyday life.

In the case of Sturge-Weber syndrome (SWS), the seizures occur frequently and result in status epilepticus. [5]

Status epilepticus refers to an episode that lasts for 30 minutes or longer. It can continue in between seizures even when the individual has not regained consciousness.

Research has indicated that both localized and generalized seizures can turn into status epilepticus. Episodes lasting more than 5 minutes need emergency treatment to prevent them from becoming uncontrolled. [6]

However, if the frequency continues to increase, non-drug therapies such as responsive neurostimulation, epilepsy surgery, vagus nerve stimulation, dietary therapies, and even experimental clinical trials are required.

A 2017 study at the Kennedy Krieger Institute evaluated the role of CBD oil in treating refractory seizures in SWS.

Summary – As CBD helps in treating refractory seizures and reducing their frequencies, it can be used to relieve the complications that arise with Sturge-Weber syndrome.

2.  CBD Is A Neuroprotective Agent

SWS is characterized by the presence of a port-wine stain on the forehead or on the upper side of the cheeks.

This occurs due to the abnormal number of capillaries near the surface of the skin.

Similarly, there is an abnormal number of blood vessels on the surface of the brain which leads to neuronal loss and calcification of the underlying tissue within the cerebral cortex. [9]

In the case of Sturge-Weber syndrome, a number of tissue-specific studies have revealed the presence of atrophy and calcification around cortical blood vessels.

With the progression of the disease, the blood vessels also get destroyed as brain atrophy becomes more prominent.

This is a direct consequence of gliosis which is a non-specific response by the glial cells to any form of damage to the central nervous system (CNS). [10]

Calcification, gliosis, and neuronal loss are mostly caused due to the slow blood supply and impaired diffusion of blood across the brain.

All these factors which hamper the cerebrovascular architecture and lead to the death of nerve cells can be attributed to cortical dysgenesis which indicates unusual organ development during the embryonic stage. [11]

Several studies have been conducted to halt the neuronal loss and find compounds that trigger the healing process. Recently, CBD has been proven to have a neuroprotective effect and prevent the damage to the neurons. [12]

A 2016 review by the University of São Paulo evaluated the role of CBD as a neuroprotective agent.

It was revealed that CBD weakens the damage caused by neurodegenerative or ischaemic conditions and enhances synaptic (nerve ending) plasticity as well as stimulates neurogenesis. [13]

Sturge-Weber syndrome (SWS) belongs to a family of disorders referred to as phakomatoses.

They are characterized by the presence of hamartomas which are congenital tumours that arise from the tissue that is usually found at the affected site.

These generally cause vascular abnormalities in the eyelids, conjunctive, as well as the retina. Choroidal haemangiomas are reported in up to 50% of the SWS patients. [14]

All these factors usually lead to the development of glaucoma which is a disorder caused by an increase in fluid pressure on the eyes.

The frequency of this disorder increases with the presence of the port-wine stain and severe vascular abnormalities of the conjunctiva and episclera. [15]

Glaucoma is commonly unilateral and diagnosed in infancy. However, adolescents and adults can also develop this disorder.

Bilateral glaucoma can also occur if facial haemangiomas are present on both sides of the face. [16]

Studies have indicated that glaucoma develops due to a developmental abnormality in the angle of the eye’s anterior chamber and an elevated fluid pressure, particularly venous pressure which impairs the aqueous outflow.

If not treated properly, it can lead to loss of vision and even, permanent blindness. [17]

Surgery is the most common option to treat glaucoma. Eye-drops containing beta-blockers, cholinergic agents, and prostaglandin analogs are often used.

Clinical trials using CBD has also shown potential. A 2004 review by the University of Aberdeen established that CBD helps in treating glaucoma by lowering intraocular pressure. [18]

Summary – As CBD helps in relieving the fluid pressure on the eyes, it can help in treating glaucoma which is one of the major complications of SWS.

While headaches are rare in SWS, when they do occur, they tend to be similar to migraines.

Sturge-Weber syndrome is characterized by ipsilateral leptomeningeal angioma which refers to the presence of an overabundance of blood vessels in one of the two innermost layers of tissues covering the brain and the spinal cord.

Increased blood pressure gives rise to glaucoma which is associated with migraines. [19]

Headaches in SWS occur in episodes of stress or tension-induced migraines which is often a manifestation of the increased intraocular pressure.

These headaches usually last for hours in patients experiencing them. Although the cause might be unilateral glaucoma, the pain is usually generalized, pressing, and bilateral. [20]

A study conducted by the Neurology and Headache Centre reported the incidence of different kinds of headaches in SWS patients.

Most of the medications used to treat the pain during such episodes are usually non-steroidal anti-inflammatory drugs (NSAIDs) such as ibuprofen.

However, they do not attack the underlying cause. Reducing glaucoma and changing the lifestyle to reduce stress are also ways to prevent such headaches. CBD has also shown great potential as an analgesic. [22]

A 2017 study at the University of California, San Diego has investigated the role of cannabis products like CBD in treating headaches.

It was revealed that CBD reduces vascular pressure as well as fluid pressure on the eyes of glaucoma patients.

This helps in treating the underlying causes behind such migraines. It also reduces pain via the endocannabinoid system (ECS). [23]

Summary – CBD helps in relieving pain via the ECS and also reduces the severity of underlying causes like increased blood pressure and glaucoma. Thus, it helps in treating headaches caused by SWS.

Paralysis refers to the loss of muscular function and coordination from a part of the body. It usually happens due to the impaired transmission of signals between the muscles and the brain.

Paralysis can be localized or generalized affecting several muscle groups. In the case of SWS, refractory seizures can often lead to paralysis. [24]

An increased incidence of refractory or uncontrolled seizures causes in the affected muscle groups.

If such episodic attacks continue unchallenged, there might be permanent loss of muscular function resulting in localized paralysis. This type of paralysis is usually unilateral, affecting only one part of the body. [25]

The progression of SWS is usually unilateral and the convulsions usually affect the opposite side of the body than the port wine stain.

Increased vascular pressure and calcification of neuronal tissue leads to unmitigated nerve damage which often is the underlying cause behind paralysis in SWS. [26]

This disorder is usually linked to a somatic mutation in the GNAQ gene and hence is difficult to treat completely.

However, the outcomes like seizures, headaches, as well as paralysis can be prevented by following proper therapeutic strategies.

Alternative lines of therapy involving cannabis have emerged popular in providing relief from seizures and paralysis. [27]

In a study reviewed by the National Academy of Sciences, it was established that CBD oil prevents the development of muscle paralysis by relaxing the muscle groups and counteracting muscle stiffness caused by seizures. [28]

Summary – As CBD helps in relaxing the muscles and preventing neurodegenerative damage, it can help in averting the development of generalized paralysis after episodic seizures in SWS.

It is advisable to consult a medical practitioner before consuming medications containing THC. The dosage depends on the mode of delivery as the CBD products can be orally ingested or inhaled by a vaporizer.

There is no prescribed dosage for using CBD oil to completely treat SWS.

However, to provide symptomatic relief, small doses of 50-60mg should be consumed, initially, and the optimum dose should be decided as per the individual’s tolerance level.

Vaporizers containing CBD oil can be used to relieve headaches or muscular pain. 6-8mg should be inhaled.

The plant-derived cannabinoid, CBD, has very few side-effects. In fact, daily oral doses of up to 500mg can be had for up to half a year.

A 2011 review revealed that even high doses of 1500mg can be tolerated per day for a period of up to 3 months without producing any unwanted complications. [29]

CBD products usually contain varying amounts of the psychotropic agent, tetrahydrocannabinol (THC), which is responsible for the side-effects.

While the quantity of THC permitted in medicinal products is quite inadequate but sensitive individuals might still experience the hallucinatory effect. [30]

They might also cause tachycardia, a condition wherein the heart rate gets rapidly raised for a short duration. Cannabis products which have a moderate amount of THC should not be accompanied by alcohol. [32]

Pregnant and lactating women should consult a gynecologist before consuming CBD-containing medicines.

Caution should also be maintained while administering THC-containing products to children and adolescents as it might affect their CNS differently. [33]

To summarize, it can be said that CBD offers many neuroprotective benefits and helps in combating Sturge-Weber syndrome.

It enhances synaptic transmission and prevents neuronal loss. It also prevents the calcification of nerve tissue which occurs as a result of the angiomas.

Being an analgesic, CBD also helps in proving pain relief during migraines. Finally, it also helps in combating the problem of glaucoma that arises as an outcome of SWS.

CBD reduces the intraocular fluid pressure on the eyes which reduces the pain as well as prevents the loss of vision.