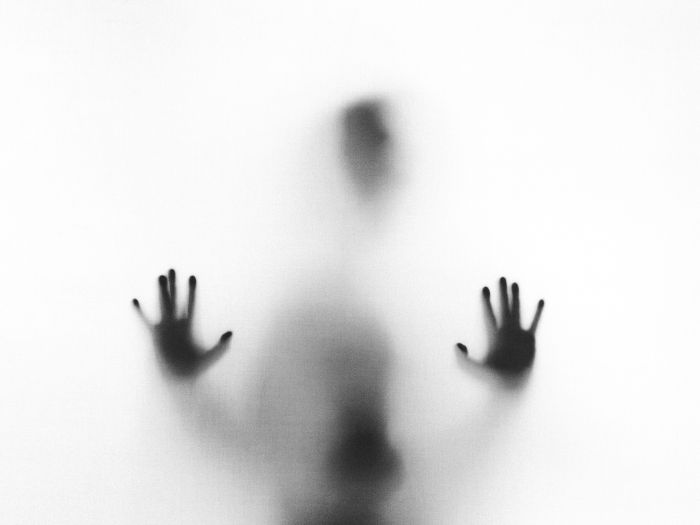 CBD is a phytocannabinoid obtained from the Cannabis sativa plant and holds the capability to control an assortment of physiological responses by binding to specific receptors of the endocannabinoid system (ECS).

CBD is not psychoactive and has been proven to confer several health benefits, particularly in relieving stress and anxiety.

What are Fear Memories

Fear memory is a motivational system which is crucial for the survival of organisms as it plays a central role in the organization of defensive behaviors to threat.

It is one of the most researched forms of memory.

These fear memories are generated in the hippocampus and amygdala due to a particular event and are responsible for the development of anxiety and other disorders if the individual predicts the event.

Benefits of CBD in Fear Memories

The major benefits of using CBD to treat fear memories are linked with its nature as a cannabinoid that can affect the serotonergic transmission. It helps in blocking the formation of fear memories via dopamine and serotonin receptors. This ability also aids CBD in reducing physiological responses related to fear with respect to specific phobias.

CBD also exerts an anxiolytic effect and helps in relieving anxiety disorders which often develop due to fear memories. CBD also supports extinction therapies which are involved in erasing contextual fear conditioning and memories. It also disrupts the reconsolidation of fear memories.

Fear memory is formed in different areas of the brain.

The network also involves the pre- and infralimbic ventromedial prefrontal cortex, the sub-nuclei of the central amygdala, as well as the dentate gyrus.

Several studies on animal models including rodents like mice and rats have been used to expose fundamental mechanisms of fear memory formation both at the molecular and the circuit levels.

It was found that learned fear was controlled by the microcircuits of the amygdala as well as the striatum.

The chief site of neuroplasticity which regulates fear memories has been stated to be the lateral nucleus of the amygdala (LAn).

In the case of fear learning, the LAn neurons connected with cortical synapses to strengthen the auditory thalamus were strengthened.

Extensive research has been conducted along the lines of fear memory extinction.

However, an effective way to prevent the stress and anxiety caused by such memories is to regulate their formation on the whole.

Cannabinoids, which have receptors in the central nervous system, have emerged popular in the treatment of fear memories.

A 2016 experimental study by researchers at the University of Western Ontario investigated the role of CBD in fear memory formation.

It was found that CBD affects the formation via the mesolimbic dopamine and serotonergic receptor systems and often blocks the generation of conditioned fear, both memories and behaviour.

Summary
CBD blocks the formation of conditioned fear via the mesolimbic dopamine and serotonergic receptor systems.

2. CBD Is an Effective Treatment for Specific Phobias

Specific phobia is arguably one of the most prevalent anxiety disorders.

While there is a relatively small amount of focussed research on its psychobiology and pharmacotherapy, there have been extensive studies which link fear memory formation and conditioning with specific phobias from an evolutionary perspective.

Fear-related disorders include a particular subset of anxiety disorders wherein the fear conditioning and memories excessively affect the behavioural patterns of the individual.

A phobia is simply an extreme and somewhat irrational fear or aversion for specific objects, activities, persons, animals, or situations.

Dysfunction in fear memory encoding and processing usually leads to the development of psychiatric disorders wherein the fear of the stimulus actually outweighs the danger or possibility of harm.

Specific phobias are direct consequences of such a pathological fear and although they are acknowledged as debilitating problems, they remain to be sufficiently treated.

Cannabinoids have emerged as potential avenues of treatment for specific phobias as because they are capable of modulating neurotransmitter activity and regulate several bodily responses.

A 2016 review by the New York University School of Medicine has established that CBD can be used in the treatment of psychiatric and anxiety disorders like specific phobias because it reduces fear conditioning by stimulating serotonergic receptors.

Summary
CBD can be used in the effective treatment of specific phobias associated with fear memories and conditioning as it helps in stimulating serotonergic receptors of the central nervous system.

3. CBD Has an Anxiolytic Effect

One of the major complications associated with conditioned fear and formation of fear memories is the development of anxiety and the entire spectrum of anxiety disorders.

They are a class of mental disorders marked by substantial feelings of anxiety and fear. Anxiety denotes a worry about future events whereas fear is the response.

The disorders are usually brought about by environmental conditioning.

From a developing perspective, anomalous safety learning in childhood may create threat-related evaluation biases early, which could contribute to persistent and chronic disorders in adulthood.

Substantial research has examined the amygdala, a brain area involved in stimulus-reinforcement learning.

The amygdala is often studied through classical fear conditioning experiments which can be considered to be an instance of “fear learning” i.e. the formation of fear memories.

Hence, the amygdala and fear conditioning can lead to the development of severe anxiety disorders. In order to soothe the patients, they must be subjected to anxiolytic or anti-anxiety therapies.

A 2015 review by the New York University School of Medicine has established the potential of cannabinoids like CBD in the treatment of anxiety disorders.

It stated that CBD exerts an anxiolytic effect and is also anti-psychotic because it activates the serotonergic 5-HT1A receptors.

Summary
CBD has an anxiolytic effect as it mediates serotonin receptors and helps in treating anxiety disorders that are usually triggered by fear memories and conditioning.

Fear conditioning can be of many types leading to the formation, consolidation, and retrieval of fear memories.

Contextual fear conditioning is a significant behavioural paradigm mediated by the hippocampus which is the seat of contextual fear memories.

In such a case, a trauma experienced by the individual in a certain circumstance can condition affect their behaviours during the recurrence of the situation.

Contextual fear conditioning happens due to context encoding in the hippocampus and subsequent interactions with the amygdala, or by means of direct encoding of specific environmental features solely by the amygdala.

Depictions of the context are hypothesized to be dependent on the hippocampus whereas specific feature representations are not.

Such kind of memories can even cause traumatic and stressful flashbacks and lead to the development of panic attacks.

In order to prevent the effects of such memories, they must be gradually erased with therapies such as extinction training.

In psychology, memory extinction refers to the process wherein a conditioned response is slowly forgotten with time as the individual manages to uncouple the response from the corresponding stimulus.

Extinction offers the reversal to conditioned behaviour and can be useful in removing contextual fear memories.

A 2016 study by the University of Birmingham stated that CBD administration helps in reducing the expression of contextual fear as well as the physiological responses related to fear by enhancing the extinction of fear memories.

Summary
CBD helps in augmenting the extinction of contextual fear memories and thereby reduces their manifestation.

After the formation of a conditioned fear memory, the processes of reactivation and reconsolidation left a certain memory trace.

This trace was located in the basolateral amygdala which predicted ensuing fear expression and was firmly coupled to activity in the fear circuit (neural network involved with fear) of the brain.

However, reactivation succeeded by disordered reconsolidation suppressed the expression of fear by erasing the memory trace thereby weakening the connectivity of the fear-circuit.

This proves that reconsolidation of fear memories is an important process in the expression of fear and the subsequent physiological response to stressful stimuli.

Fear memory retrieval results in the initiation of two processes which are mutually exclusive- reconsolidation and extinction.

The neural circuits for both these pathways involve the amygdala, the hippocampus, the entorhinal cortex, and the prelimbic cortex.

Understanding the difference between the two phases of the memorization process can lead to the development of therapeutic strategies for several mental disorders.

Suppressing the reconsolidation and enhancing extinction is imperative to erase fear memories.

Cannabinoids like CBD have already proven to help in the process of memory extinction and have become alternative therapies in the treatment of fear memories.

A 2012 experimental study by the Federal University of Santa Catarina showed the role played by CBD in preventing fear memory reconsolidation.

It revealed that CBD administration can help in disrupting the pathway for reconsolidation in a time- and dose-dependent manner.

Summary
CBD can help in erasing fear memories by preventing the reconsolidation of such memories and enhancing their extinction.

It is worthwhile to look up a medical practitioner before consuming medications that contain THC. The dosage depends on the mode of delivery as the CBD products can be orally ingested or inhaled by a vaporizer.

There is no prescribed dosage for using CBD oil to treat fear memories completely.

However, to gradually reduce their impact, small doses of 20-40mg should be consumed, initially, and the optimum dose should be decided as per the individual’s tolerance level.

Vaporizers containing CBD oil can be used to relieve anxiety attacks as caused by contextual fear memories. 6-8mg should be inhaled.

CBD is known to have very few established side effects.

Studies have shown that daily oral doses of up to 500 mg can be had for six months and higher doses of ~1500mg can be tolerated for up to three months without producing any unwanted complications.

CBD products generally comprise small amounts of the psychotropic agent, tetrahydrocannabinol (THC), which is responsible for any side effect. While the quantity of

THC permitted in medications is quite scarce, sensitive individuals might still experience the hallucinatory effect.

CBD inhibits cytochrome p450, which is a class of liver enzymes responsible for the metabolism of certain drugs.

They might also cause tachycardia, a condition wherein the heart rate gets unusually raised for a short duration. Cannabis products which have moderate amounts of THC should not be accompanied by alcohol.

Pregnant and lactating women should consult a gynaecologist before consuming CBD-containing medicines.

Caution should also be maintained while administering THC-containing products to children and adolescents as it might affect their CNS differently.

To summarize, it can be said that CBD provides several benefits in overcoming the effects of fear memories.

It blocks the formation of fear memories by stimulating dopamine and serotonin receptors.

CBD prevents the development of anxiety disorders by exerting an anxiolytic effect as it stimulates serotonergic receptors.

It also helps in erasing contextual fear memories by supporting the enhancement of memory extinction processes. Finally, it also prevents the reconsolidation of fear memories.

ABOUT US
We aim to provide reliable info on amazing health benefits and uses of Cannabidiol and Hemp.
Contact us: [email protected]
FOLLOW US
© CBDnHemp.com
error: Content is protected !!
MORE STORIES
Benefits