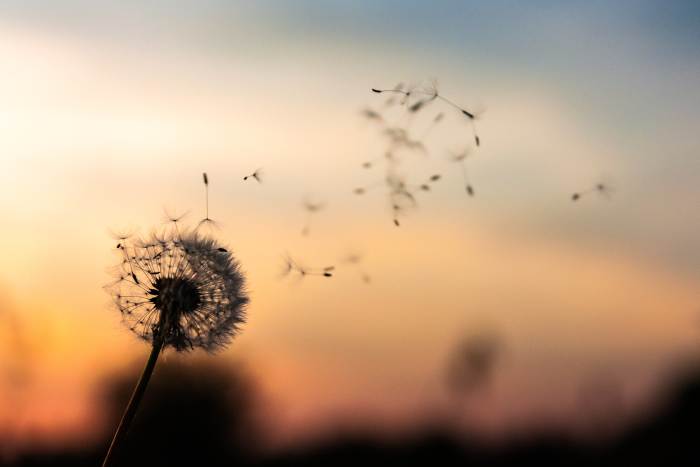 Cannabidiol (CBD) oil is produced by diluting CBD extracts with a carrier oil such as hemp seed oil.

CBD is a phytocannabinoid obtained from the Cannabis sativa plant and has the capacity to control a variety of physiological responses by binding to specific receptors of the endocannabinoid system (ECS).

CBD is not psychoactive and has been proven to confer several health benefits by relieving pain and inflammation.

Memory Loss – Why it Happens?

Memory loss refers to the process and mechanisms behind the loss of the ability to store and remember information correctly.

While some degree of memory loss in natural with ageing, excessive forgetfulness and consistent amnesia are generally signs of an underlying condition such as brain trauma, nerve damage, and even degenerative diseases such as Alzheimer’s.

Benefits of CBD in Memory Loss

The major benefits of using CBD to combat memory loss are linked with its nature as a neuroprotective agent. It promotes adult neurogenesis in the hippocampus which is associated with the formation of memories. CBD usage also treats cognitive impairments thus improving memory function.

Neurons or nerve cells are the basic units of the nervous system. A neuron is an electrically excitable cell that is capable of processing and conveying information by means of an electrochemical gradient.

On an average, humans have around 100 billion neurons and many neighbouring cells known as neuroglia which is involved in nourishing and protecting the nerve cells.

Each neuron may be connected to up to 10000 other nerve cells and transmit signals to each other via as many as a substantial 1000 trillion synaptic connections.

The human brain’s memory capacity may vary from 1 to 1000 terabytes depending upon the age, neuronal integrity, and overall brain health.

The neurons are involved in the allocation of memories and therefore, any form of damage to them might result in loss of memory or amnesia.

Memory allocation refers to the process that determines which specific neurons and synapses in the network will store a particular memory. While many neurons may receive the stimulus, only a subset will be involved in memory encoding.

Neurogenesis is the process of formation of neurons from nerve stem cells (NSCs) such as such as neuroepithelial cells and radial glial cells.

This process is most active during embryogenic development and up to a few months following birth. Neurons, unlike other cells, do not undergo division and proliferation throughout life.

This is one of the reasons behind the increase in forgetfulness with age. However, while adult neurogenesis is rare, it can be induced in the hippocampus of the brain which has been known to play a major role in memory encoding and storage.

Research has shown that certain cannabinoids can aid this process in the adult brain and prevent memory loss.

A 2015 study at the Trinity College has shown that phytocannabinoids such as CBD and THC play a role in adult neurogenesis probably by activating the CB1 and CB2 which are receptors of the endocannabinoid system (ECS).

Cognition refers to the mechanism garnering knowledge and understanding via thoughts and everyday experiences which is mediated by the senses.

The memory is an important cognitive ability as it plays a major role in daily activities. It helps in remembering personal information as well as common knowledge from a few seconds to an entire lifetime.

The memory is essential in developing and shaping our personalities which are often based on our life experiences (episodic memory) as well as on a repository of general knowledge (semantic memory).

Memory function along with other cognitive abilities such as perception, attention, problem-solving, decision-making, critical thinking, and others are important in performing simple to complex tasks.

Cognitive skills are physically supported by specific neuronal networks which are involved with a particular subset of cognition. For instance, memory-related skills mainly depend on certain parts of the temporal lobe as well as the frontal lobes of the brain.

Memory loss can, therefore, be attributed to any disease, injury, or trauma that results in cognitive impairments. Neurodegeneration associated with Alzheimer’s and Parkinson’s often disrupt the neuronal networks involved in cognition and hence cause amnesia.

Blunt trauma to the head as well as psychiatric disorders like schizophrenia can also impair cognition.

In order to boost memory and treat amnesia, medications and therapies must aim at improving cognition and all the brain-based skills.

Several studies have shown that phytocannabinoids, having receptors in the nervous system, can be consumed to improved cognitive skills like memory.

A 2013 review by the King’s College London provided an insight into the effect of cannabis and its components on cognitive functions like memory.

It established that while the psychoactive THC does affect memory, CBD improves cognition and reduces any form of impairments, particularly to the memory function.

Summary
It can be said that CBD helps in improving cognition and thereby, boosts memory function which is one of the major cognitive abilities.

Brain damage is often the foremost cause of memory loss. It can be brought about by disease, injury, and trauma.

Neurodegenerative disease as well as cerebrovascular ischaemia that cause neuronal loss and disrupt the neural networks in the hippocampus lead to amnesia .

For instance, forgetting names, losing a train of thought, getting lost in crowded areas, forgetting past conversations, difficulty in learning new skills, as well as misplacing objects.

Brain damage in areas involved with the consolidation of short-term and working memories make common everyday experiences rather confusing.

Without proper neurorehabilitation therapy and management, it is often difficult for individuals suffering from cognitive impairments to resume their normal lives.

Having shown potential in treating cognitive issues as well as having a neuroprotective role, CBD can help in reducing the problems associated with brain damage.

Studies have revealed that it protects neural networks from damage and also curbs secondary complications like reperfusion injury, inflammation, and oxidative damage.

A 2017 experimental study by the Universidad Complutense de Madrid evaluated the role of cannabidiol in reducing brain damage in an animal model.

It revealed that CBD administration after brain injury following ischaemia not only helped in reducing brain damage but also helped in speeding up functional recovery by reducing neuronal loss and neuroinflammation.

Summary
As CBD helps in reducing brain damage and speeding up the recovery of cognitive functions, it can help in treating memory impairments post-injury.

Schizophrenia is a chronic and severe psychiatric disorder that affects the individual’s cognitive abilities. It brings about changes in perception, thoughts, and behaviour.

Patients often seem like they have lost touch with reality. While schizophrenia is not as common as other mental ailments, the debilitating symptoms disrupt the lives of those affected by it.

The memory function is also affected by this disorder as schizophrenics show impairments in working memory i.e. the ability to utilize information immediately after learning it.

A recent study by the Columbia University Medical Center and the New York State Psychiatric Institute used an eight-level memory test to determine the levels of memory impairments in 51 schizophrenic patients.

The results provided conclusive evidence that schizophrenia impairs the activity of the dorsolateral prefrontal cortex (DLPFC) of the brain which is responsible for consolidating working memory.

Cannabinoids have shown marked potential in the treatment of neuropsychiatric disorders, particularly because they exert an anxiolytic effect.

A 2017 review by the University of Wollongong has shown that CBD improves cognitive function in models of schizophrenia and reduces memory impairments.

This was further supported by an animal study conducted by them wherein CBD administration showed a marked improvement in social interaction, recognition, as well as working memory as CBD exerts an antipsychotic effect.

In most cases of Alzheimer’s, symptoms appear in the mid-60s and after which the disease gradually worsens till death.

However, cases of early-onset have also been reported.

Dementia refers to the complete loss of cognitive functions wherein patients must rely on others to complete even the simplest of tasks. This is the most common consequence of

Alzheimer’s which gradually results in memory loss and changes in behaviour. Examination of brain tissue has shown the presence of abnormal aggregates known as amyloid plaques and neurofibrillary tangles.

Alzheimer’s also leads to the loss of connections between neurons which damages the neural networks involved in consolidating and retrieving memory.

This damage initially occurs in the hippocampus, the area involved in memory formation.

With the death of more neurons, additional parts get affected and the brain tissue shrinks considerably.

CBD holds potential in the treatment of neurodegenerative diseases as because it exerts a neuroprotective role.

While Alzheimer’s is progressive, preventative therapies are required to halt further damage.

A 2014 experimental study by the University of New South Wales has shown that CBD plays a role in preventing social memory deficits associated with the disease by lowering neuroinflammation.

Summary
As CBD exerts a neuroprotective effect, it helps in preventing social memory deficits as seen with the development of Alzheimer’s disease.

It is recommended to look up a medical practitioner before consuming medications containing THC.

The dosage depends on the mode of delivery as the CBD products can be orally ingested or inhaled by a vaporizer.

There is no prescribed dosage for using CBD oil to treat memory loss as it depends on the underlying cause.

However, to improve memory function, small doses of 20-40mg should be consumed, initially, and the optimum dose should be decided as per the individual’s tolerance level.

The cannabis-derived CBD has very few side-effects. If tolerated, daily oral doses of up to 500mg can be had for up to half a year.

A 2011 review revealed that even high doses of 1500mg can be consumed per day for a period of up to 3 months without producing any unwanted complications.

CBD products usually contain some amount of the psychotropic agent, tetrahydrocannabinol (THC), which is responsible for the side-effects.

While the quantity of THC permitted in medications is quite insufficient but sensitive individuals might still experience some kind of cognitive impairment.

They might also cause tachycardia, a condition wherein the heart rate gets rapidly raised for a short duration. Cannabis products which have a moderate amount of THC should not be accompanied by alcohol.

Pregnant and lactating women should consult a gynaecologist before consuming CBD-containing medicines. Caution should also be maintained while administering THC-containing products to children and adolescents as it might affect their CNS differently.

To summarize, it can be said that CBD confers several benefits in improving memory function and combatting memory loss.

It promotes adult neurogenesis wherein neurons are developed in the hippocampus which helps in memory encoding and storage.

CBD also reduces brain damage caused by any form of injury or disease and thus helps in combatting any associated memory loss.

It has also shown potential for improving working memory and combatting the cognitive impairments brought about by schizophrenia.