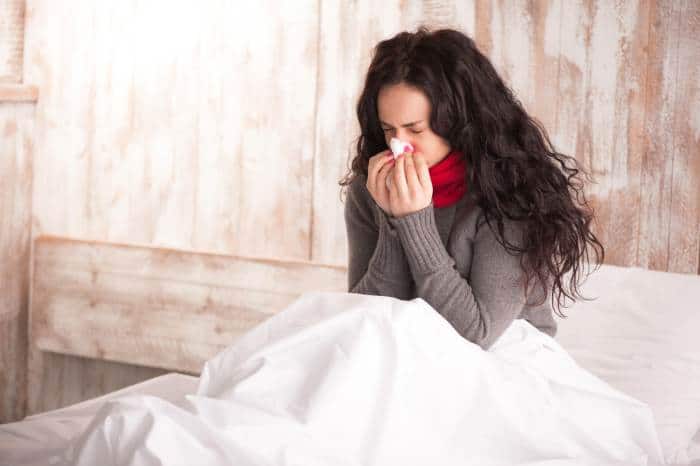 Cannabidiol (CBD) is a cannabinoid which is a compound that binds to specific receptors in cells that affect the activity of neurotransmitters.

CBD is extracted from the cannabis (marijuana) plant and diluted with a carrier oil to produce CBD oil.

Unlike tetrahydrocannabinol (THC), CBD is not psychoactive and hence, this oil is used for medicinal purposes as it can relieve pain and anxiety.

Asthma is one of the most common diseases affecting the respiratory system.

It is an inflammatory response to an array of internal and exogenous stimuli due to which the airways contract instinctively.

Asthma is characterized by shortness of breath, coughing, and wheezing due to airflow obstruction.

Whilst minors and the elderly are the most susceptible group, this disease can affect individuals of all ages with varying morbidity rates.

Benefits of CBD / CBD Oil in the Asthma

The major benefits of CBD/CBD oil when it comes to chronic asthma are linked to its nature as a cannabinoid.

It has the ability to bind to receptors that trigger a cascade of events ultimately leading to the alteration of neurotransmitter activity.

CBD can be used to treat asthma as it has proven bronchodilatory and anti-inflammatory effects. By allowing the flow of oxygen in the airways, it helps in relieving asthma attacks. Due to its ability to mediate pain receptors, CBD usage can also relieve the sensation of chest pain. This phytocannabinoid also exhibits bactericidal properties and helps in treating infections that trigger asthma.

Chest pain might not be a primary symptom of asthma but clinical research has shown that around 76% of patients experience moderate to severe chest pain during an attack.

The pain is generally characterized by a piercing sensation in the chest that occurs during the initial phase of the attack and gradually subsides with time.

As chest pain, coupled with symptoms like shortness of breath, can be crippling, extensive research has been conducted to provide quick relief to patients during particularly violent episodes of asthma attacks.

A 2008 review by GW Pharmaceuticals explored the benefits of using cannabinoids such as CBD as analgesics to relieve pain.

The review considered several randomized controlled trials and came to the conclusion that CBD and related phytocannabinoids act as analgesics by affecting the endocannabinoid system (ECS).

This system consists of ligands and receptors which are involved in mediating appetite, pain sensations, sleep, fertility, and many other bodily functions.

The endocannabinoid involved in mediating pain is 2-arachidonoylglycerol (2-AG) and its plant-derived analog is CBD.

As a result, CBD is useful in managing asthma-related pain via the ECS by binding to specific nociceptors which are nerve cells that sense pain and triggering an analgesic response.

As CBD helps in binding and altering the activities of cells that mediate pain, it can be used as an effective remedy to treat asthma-related chest pain in patients.

While genetics and family history of the disease is generally thought to be the major risk factors for developing asthma, there is increasing evidence that it can also be triggered by certain infections, particularly by Streptococcus pneumoniae, in early childhood.

They modulate the immune system in such a way that patients are left susceptible to a host of allergens and irritants.

Extensive studies are being conducted to develop potential antibiotics that can be used to combat and reduce both the short-term symptoms and long-term manifestations of asthma.

However, until such specialized options are widely available, treatment mostly relies on the administration of common drugs like azithromycin or erythromycin which, unfortunately, might lead to antibiotic resistance.

Nowadays, cannabinoids including CBD and THC have gained eminence in the sphere of asthma medications.

In fact, studies in the Netherlands have investigated the broad-spectrum bactericidal effect of these phytocannabinoids against several pathogens.

Streptococci and staphylococci, which cause asthma, are particularly susceptible to these cannabis-based products.

The broad-spectrum bactericidal activity of CBD can help in treating bacterial and viral infections and lower the incidence of asthma and related respiratory disorders.

One of the major complications of asthma is the chronic inflammation of the bronchi and bronchioles (air passages) in the lungs.

During an attack, the levels of inflammation simply get amplified which increasingly constricts the passages thereby preventing airflow and culminating in muscular spasms.

The state of inflammation is generally brought about by an immune response to the presence of allergens or pathogenic bacteria and viruses in the respiratory system.

The degree of inflammation varies between different individuals and often determines the severity of the attacks and symptoms.

Studies have shown that phytocannabinoids have marked anti-inflammatory effects and can be used to reduce markers of asthma.

A 2015 experimental study at the Universidade do Extremo Sul Catarinense observed the effects of CBD on an animal model of asthma.

The results showed a significant decrease in inflammatory cytokines (signalling molecules of the immune system).

This is mostly because of the presence of cannabinoid receptors in the lung tissue which plays a major role in mediating inflammation, muscle contractions and relaxations, and airflow through the passages.

CBD helps in lowering inflammation by binding to these receptors, however, research about the immunomodulatory effects of CBD have still a long way to go.

CBD has an anti-inflammatory effect which helps in promoting the passage of air through the bronchi and relieve symptoms of asthma.

4. It Acts as a Bronchodilator

When a patient experiences a violent asthma attack, their bronchioles which act as a network of fine passageways carrying oxygen become severely constricted.

This causes the rate of oxygen flow to decrease alarmingly. As a result, severe coughing and shortness of breath occur.

Bronchoconstriction also results in muscular spasms which are characteristic of an asthma attack.

The degree of bronchoconstriction can be ascertained by taking expiratory flow measurements from asthma patients and comparing them with normal readings wherein individuals have healthy lungs.

The differences in the rates of airflow during normal and inflammatory situations can also be calculated to determine the mode of treatment.

Research on alternative therapeutic strategies have shown that the use of cannabis in many forms can substantially improve the health of asthma patients as several of its compounds, particularly the cannabinoids, promote bronchodilation.

In fact, cannabis usage has had beneficial effects on patients even under normal circumstances as it improves the rate of airflow.

The presence of phytocannabinoids such as THC and CBD help in relieving muscular constriction.

A 2007 review at the Hebrew University of Jerusalem confirmed the role of cannabis and CBD in mediating bronchodilation. Widespread surveys of marijuana smokers have reported much lower incidences of asthma and bronchoconstriction.

Coupled with its analgesic properties, CBD usage helps in relieving pain and shortness of breath during violent episodes.

Bronchodilation is one of the major beneficial effects of cannabis use that has been documented throughout the ages. Therefore, the specialized of vaporizers containing THC and CBD oils can help in providing relieving during asthma attacks.

The muscles around the bronchial tubes are quite smooth to allow the air to flow easily.

But in case of a respiratory disorder like asthma, these smooth muscles can get contracted to hinder the airflow. Inflammation in the bronchioles due to the presence of allergens or irritants in the lung tissues is usually responsible for such bronchial spasms.

Bronchospasms result in shortness of breath and patients often experience tightness in the chest.

Wheezing is the primary outcome of bronchospasms due to major constriction of the bronchial tubes.

An immune response may be accompanied by mucus secretion which might further constrict the tubes and aggravate the spasms.

It has been mentioned that cannabis acts as a bronchodilator. However, studies have also shown that bronchodilation is an outcome of this product’s ability to relax the smooth muscles by having an antispasmodic effect.

A 2008 experimental study by the University of Naples Federico II and Endocannabinoid Research Group observed that CBD does exhibit antispasmodic properties in general.

Another study showed that CBD, along with THC, can help in reducing bronchial spasms in a dose-dependent manner.

This is again because of the ability of these molecules to stimulate the endocannabinoid system.

As CBD helps in lowering the degree of muscle constriction around the bronchioles, it acts as an antispasmodic which reduces the feeling of tightness in the chest during asthma attacks.

It is always advisable to consult a healthcare provider before using cannabis products.

Generally, to relieve symptoms of asthma, inhalers are the best choice.

Sublingual drops, oromucosal sprays, or vape pens containing concentrated CBD oil without any harmful additives can be used to treat asthma. A dose of 6-8mg (2-3 puff or inhalation) is recommended to provide immediate relief as CBD opens up the airways by bronchodilation.

When using a tincture, the recommended dose is 5-10 drops 3 times a day until symptoms subside.

Daily oral doses of up to 500mg can be had for as long as 6 months as it does not cause any unwanted complications.

A 2011 review stated that even high doses of almost 1500mg can be consumed per day for up to a period of 3 months.

However, the majority of the CBD products have varying amounts of the psychotropic tetrahydrocannabinol (THC) in them which is responsible for some side-effects.

While the quantity of THC is still too inadequate to produce a substantial hallucinatory effect, some individuals may be sensitive and hence, it is advisable, to begin with, small doses.

CBD often interacts with a class of liver enzymes which are responsible for metabolizing drugs and hence, might reduce the efficacies of such medications.

They might also raise the heart rates for a short duration and this condition is known as tachycardia. Cannabis products containing high amounts of THC should also not be accompanied by alcohol.

Pregnant and lactating women should consult a gynaecologist before consuming CBD products.

Caution should also be maintained while administering THC-containing products to children and adolescents as it might affect their CNS differently.

To summarise, it can be said that CBD offers several medicinal benefits in treating respiratory diseases like asthma.

Being a chronic inflammatory condition that constricts airways in the lungs, this disease mostly requires anti-inflammatory bronchodilators.

CBD and its products help in relieving symptoms be stimulating the endocannabinoid system.

CBD is an excellent bronchodilator which restores the normal flow of oxygen in the lungs. It is anti-inflammatory and hence counteracts the inflamed state of the bronchi and bronchioles.

This is further benefitted by relaxation of smooth muscles surrounding these tubes as CBD also acts as an anti-spasmodic.

CBD acts as a broad-spectrum antibiotic and treats any streptococcal or staphylococcal infection in the lungs that might trigger immune responses.

Finally, CBD relieves chest pain by acting on cells which mediate the sensation of pain via the ECS.

ABOUT US
We aim to provide reliable info on amazing health benefits and uses of Cannabidiol and Hemp.
Contact us: contact@cbdnhemp.com
FOLLOW US
© CBDnHemp.com
error: Content is protected !!
MORE STORIES
Benefits